At every author Q&A, I am asked how I come up with stories and specifically what inspired Lum. There are two replies to that. The short (fun) version which I give to children who ask. And the long (more emotionally-charged) version. Today, I’ll share both and your can choose your favourite. If you only want the fun version, scroll down to the photo of houses below.

Inspired by bullying
This is the longer explanation. Both versions are of course true. In the case of Lum, it was not a single idea that inspired the story. Lum was inspired by a series of unconnected events throughout my life. Lum starts out as a bit of a bully, and possibly it is no surprise to you that I was bullied when younger.
Innocence
My first experience of bullies was at age 7 or 8. My friend, Anna, and I were playing in our local park. The day before, we’d been there with my big brother and Anna’s older siblings (she was one of seven). Together we’d built a den in an old concrete tunnel. We’d lined it with grass, made it homely in the way kids do. But on this day, when it was just Anna and me, some older kids came over. They told it was their den. That we had to take everything out. Then they told us to take off our shoes. I was all for doing what I was told, rather than being hit – it was that sort of conversation, but my wise friend said ‘no’. She told me later that had we taken our shoes off, those kids would have thrown them away, and we would have to go home to tell our Mums why we had no shoes. 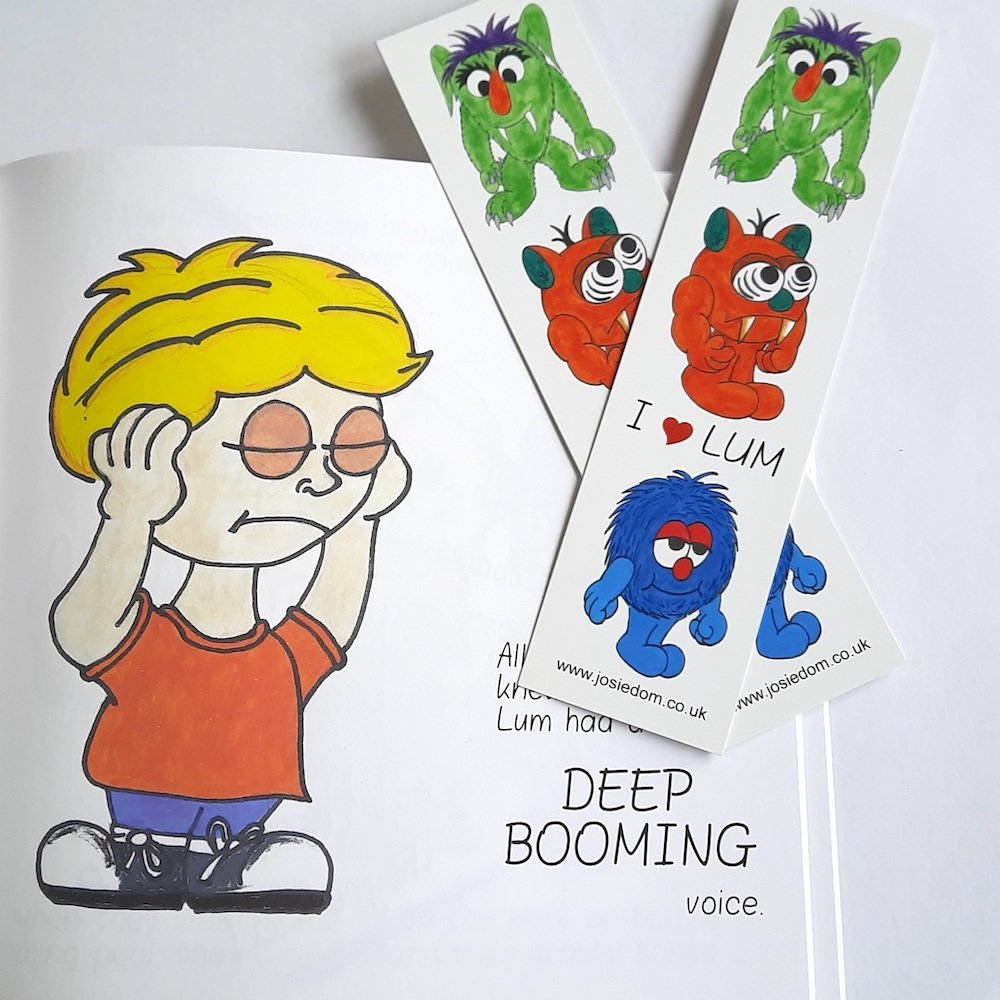 Despite Anna being so brave, they threatened us, and now 40 years later, I don’t remember the threat, but I do remember the fear. My local park became a no-go area for me. I’m not sure how long those kids bullied me. Thankfully, we did not go to the same school so I didn’t see them often. When I did, there were veiled threats or open threats depending on whether I was with someone or alone.
No More Bullies

One day at the swimming pool with my brother and my Dad, I was behaving completely out of character by loitering in the deep end, holding on tight to the edge because I was not a good swimmer. Dad wanted to know why and got out of me that the noisy kids in the shallow end had been bullying me. He had a word with them right there in the pool and that was the end of being scared by those kids. 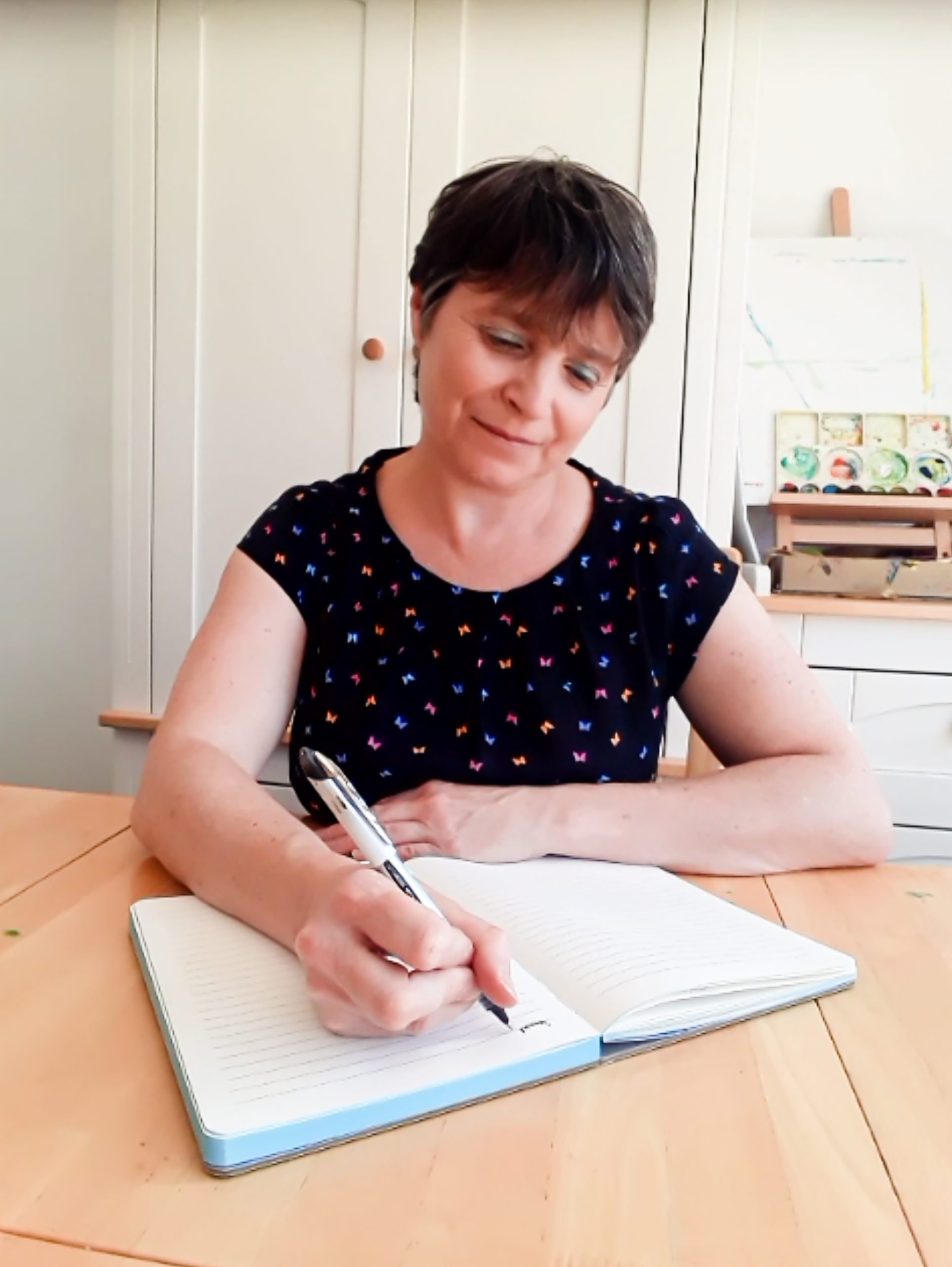 Growing up
There were a few incidents at secondary school, but they didn’t last long. I was no longer scared by bigger kids. They must have got bored and moved on when I didn’t show any fear. In fact, I was often the one who stood up to bullies on behalf of my friends.

I had completely forgotten about the time I was bullied. But memories don’t completely leave us, lurking in the back of our brains to surprise us later in life when they surge to the front triggered by a fresh experience.

Same Old Tactics, New Bullies
My old memories came bursting back into my consciousness again in my 40s. I’d taken on a voluntary role at a charity, but for some reason, two of the women there didn’t approve. Over time, their nastiness just became normal and I didn’t know how to make it change. It wasn’t until a new volunteer told me they were bullying me that the scales lifted from my eyes. After that, I would gird my loins prior to meetings and often come home to cry privately. I stayed in the role because I thought I was doing good and because I had been taught not to give in to bullies. In the end though, I walked away for my own health.
Inspiration
But not before I had written Lum. The tale of a bully who is forgiven and shown how to make friends. I was surprised to find the ending of Lum went that way. My logical brain feels that the bully should have been driven out of town. But my creative, emotional and compassionate side took over as I wrote. I’m glad it did. Even bullies have feelings. Perhaps if young children are shown how to stop bullying at the time they start showing those traits, then maybe those little bullies will grow up to be kind to others rather than big bullies.

My children were messing about in the bathroom. They were supposed to be cleaning their teeth. I began to stomp up the stairs to tell them off. On the third step, my brain told me to keep it light – make them laugh not cry and they’d be more likely to do what I said. By the fifth step, I’d started a rhyme. By the eighth step, it had turned dark but I went with it in a pretend-angry voice. By the top step, my children were giggling. Then we were all laughing and cuddling. Then they were cleaning their teeth. Success!
Sowing Seeds
My rhyme became Lum’s rhyme. It felt like one worth saving, so I left my children to finish their evening wash and quickly wrote down my off-the-cuff rhyme, muttering my well-worn “there’s a story in there” phrase, which I find encouraging. That night I woke suddenly with Lum’s story firmly in my head and rushed downstairs to grab pen and paper before the story flitted away. 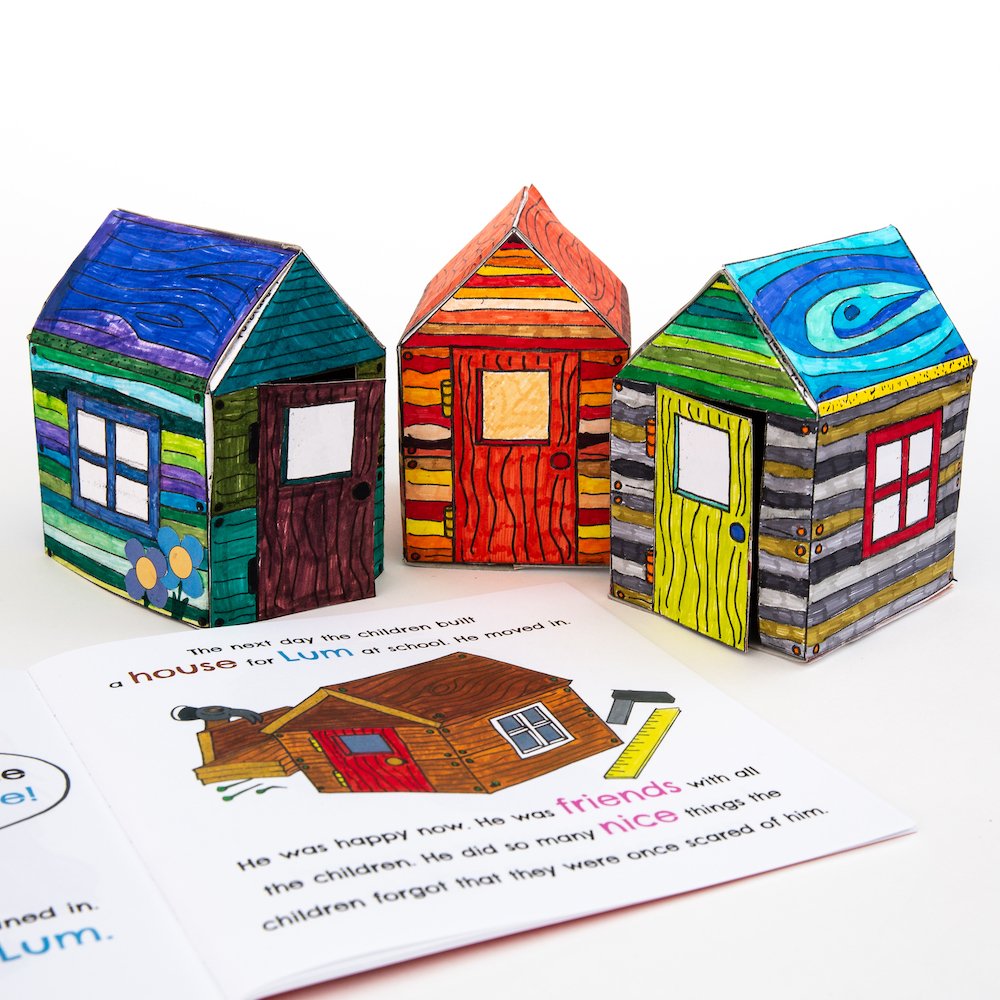 Change of Plan
If you read the ‘long’ version above, you’ll know that I originally thought the bully should be hounded out of town by the children he was bullying. Instead, he is befriended by them and shown how to play nicely. I do love a happy ending!
Lum’s Legacy
I hope Lum goes on to show bullies that they don’t have to behave that way. And show those who are bullied that they can overcome their fears, work together with friends and be brave.
Buy Lum books
We use cookies to ensure that we give you the best experience on our website. Privacy Policy ACCEPT REJECT
Privacy & Cookies Policy